Lindale’s Eagles scored 27 unanswered points in the first half last Friday night and took down the Henderson Lions, 34-7, in a District 9-4A contest at Eagle Stadium.
Jordan Jenkins scored three rushing touchdowns while Evan Alford and Jacob Seekford each hauled in scoring passes from quarterback Sam Peterson as the Eagles improved to 5-2 on the season and 3-0 in district.
This week, the Eagles will be in Athens to take on the Hornets in another district contest. 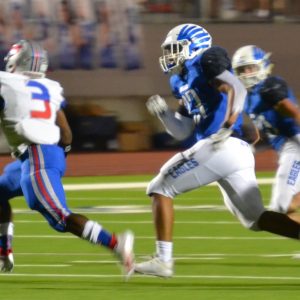 A Lindale defender gives chase to this Henderson running back Friday night at Eagle Stadium during Lindale’s 34-7 win over the Lions. 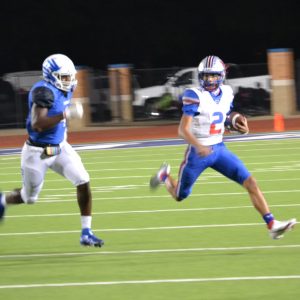 Henderson quarterback Donovan Davis is pursued by Lindale’s Airik Williams during the Eagles’ 34-7 win over the Lions. 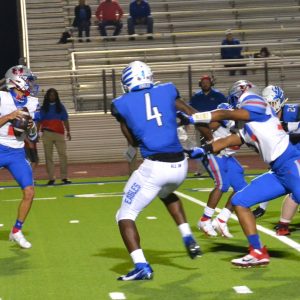